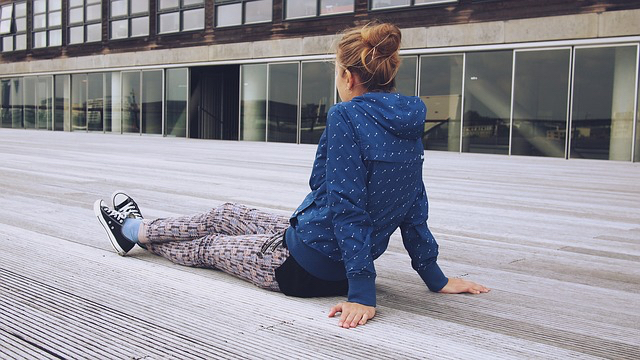 As I laughed, cried, and cringed at the follies of high school junior Nadine in The Edge of Seventeen, I wondered why I love movies about the angst of teenage years. I enjoy a good story but could there be other reasons?

I started thinking about similarities between adolescence and single divorced middle age-essence. It must be time for another compare and contrast blog post.  As we ponder this question together, let’s enjoy a riff on a teenager’s lunch: veggie cheeseburger, sweet potato fries, and an adult “to hell with calories” milkshake.

Spoiler alert: I give away some of the plot developments in The Edge of Seventeen so if you’re interested in the film, read this post after you’ve seen it.

*Struggling to Define Yourself

A teenager like Nadine struggles to define herself. She wonders who she is and whether she’s on the right path in life.

A middle-aged single divorced woman also grapples with identity and the transformation that can go along with a major life change. However, with more life experience under her belt, it may be somewhat easier for her to go through this process compared to a teen’s journey.

*Figuring out Timing and Sex

Nadine stumbles while trying to balance her desires and interest in sex with her need for real connection. Her passion leads to a sticky situation. A middle-aged single divorced woman has similar conflicts though the issue is not whether to lose her virginity but whether she should consider purely sexual relationships or focus on finding her “soul mate.”

The car often becomes the go-to make-out venue for a teenager with parents at home. Similarly, single divorced daters who aren’t prepared to indulge in a night of at-home between the sheets passion may find they are in a high school reenactment of lust between the bucket seats. Tip: Always keep breath mints in the car.

*The Importance of Girlfriends

Nadine is fairly miserable as a young girl – until she develops a strong friendship with Krista. They become inseparable until Krista starts dating Nadine’s older brother. Nadine can’t accept this development and the friendship suffers. The loss affects Nadine deeply.

For teenage girls and women of all ages, girl/women friends are essential ingredients in the recipe for life happiness.

The title alone – referencing age 17 – is enough for you to anticipate the main character’s dramatic mood swings, often influenced by hormonal triggers. Single divorced women of a certain age have also been known to experience hormonal shifts and mood swings. It’s part of our fabulous nature.

Nadine, like all teens, struggles with her relationship with her family – in this case, her widowed mother and her more popular older brother. Her difficulties are fueled by her search for independence and identity.

Divorced or widowed middle-aged women may have conflicts with their children as they all navigate life following the death or divorce of a spouse. In the case of the divorcee, she also has to contend with her often-difficult relationship with her ex-spouse.

It’s no surprise that Nadine demonstrates bold, impetuous behavior – it’s one of the hallmarks of the teen years. She takes her mother’s car keys and drives off (without a license) and later accidentally sends a sex-themed text message to her crush.

Bold, impetuous behavior by older women is more likely to be of a positive nature, rather than actions that often seem like a cry for help. The mature woman, for example, might boldly ask a man out – or over – but unless she has been drinking – her actions are more likely to have been carefully thought out.

Can you think of any other teenage vs. middle age comparisons?