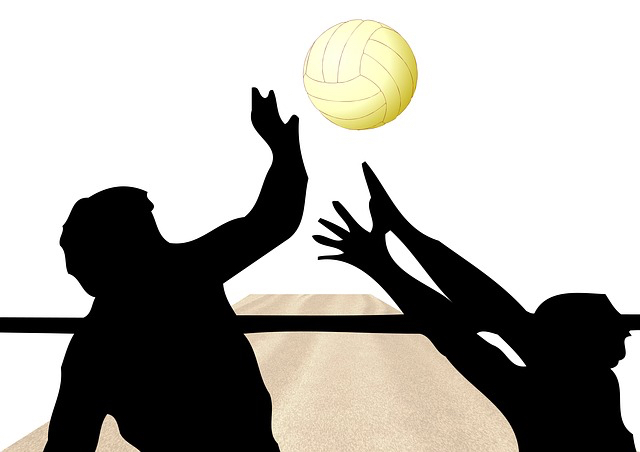 What does it mean when a match you are communicating with on a dating site or app doesn’t volley with you? You drive the conversation and end up wondering if the guy is uninterested, only mildly interested, deficient in communication skills, or simply narcissistic.

Have some of Analida’s Ethnic Spoon gluten-free Authentic Brazilian Cheese Bread while we explore this topic.

My dance card is filled with “bad volleying” experiences including Mr. M, a Tinder match from a few months ago. He opened with “Hey there” and let me ask all of the questions. I called him out when I got fed up with his one sided approach.  As expected, he unmatched me after I blew off some steam: And as it sometimes happens, I matched with Mr. M again on Tinder a couple of weeks ago. At first, I didn’t realize it was the same man. After you have been doing this awhile, you get profile overload syndrome and start to lose track of virtual encounters. However, a few texts in I realized I was dealing with Mr. M (he obviously forgot he unmatched me) and found our original conversation in my screenshot diary.

His opening for round 2 was similar to round 1 with an added creative bonus of “How is your day going?” At least he asked me something – even if it was formulaic. Perhaps I had an influence on his behavior. As our chatting progressed, he appeared interested and asked questions about me that related to the topics we were discussing. We were having fun and flirty banter!

When I suggested to Mr. M that one of our topics might warrant a verbal discussion, he sent his phone number. However, instead of a phone call, we continued via text. From what I could tell, he worked extraordinary hours. This might have broken our not yet realized deal. However, I wanted a chance for an in person meeting. That was not to be, however, since he suddenly stopped responding. You have heard this before.

I wondered if I had somehow offended him (always a danger when engaging in banter that can veer toward sarcasm). When I realized it had been 5 days since his last text, I unmatched him on Tinder. Of course Mr. M still had my number and he could have reached out and asked for an explanation. But he didn’t.

I then revisited all of our communications to reevaluate the flirtation and what may have been weirdness and not flirty banter. Case in point: When I asked him for his age and height, he sent me every conceivable measurement a tailor might need, extraneous details such as the fact that he had no piercings, and other unusual facts. Judge for yourself: 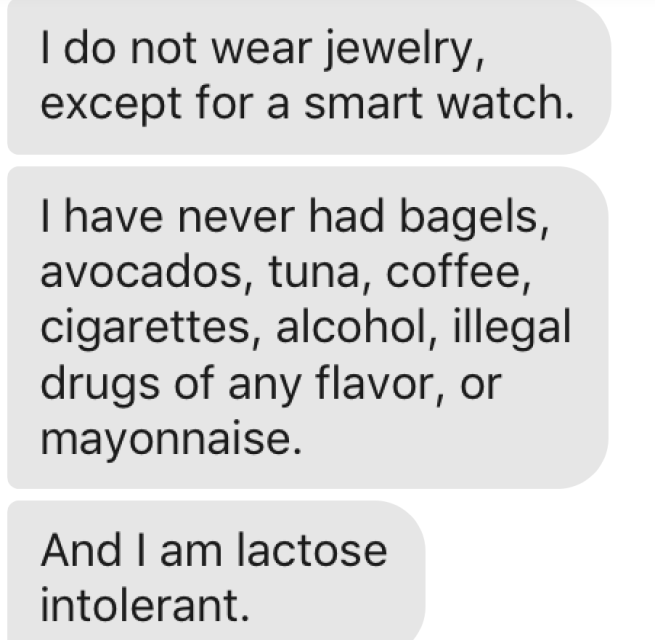 At first I thought this was weird, then I wondered if he was being funny. Now, I’ll never know. Yes, I may be too lenient…but I try to give people a chance.

In another “volley” situation, I initiated a conversation with a guy on Match; he wrote back but didn’t ask anything about me. Not wanting to waste time, I pointed out that sometimes it’s hard to tell after one online dating exchange whether someone is really interested in communicating or is just being polite (yes, I know – most people don’t bother responding if they’re not interested…but some do). He wrote back to say he was interested and hoped to meet in person at some point. He expanded on his profile…but he didn’t ask me anything.

I replied. He hasn’t responded though he’s been online (a very common and frustrating aspect to online dating). Men are online and read your message but don’t respond promptly or ever.) App-less April may come a month earlier for me since I am losing patience with the online dating business.  I’m not losing hope yet: I have a meet-cute IRL opportunity coming up.  Stay tuned for details.

What has been your experience with “matches” who don’t volley initially or ever? Are there some people who can carry on a conversation in person but lose this skill when online? Who else is ready for an early App-less April?