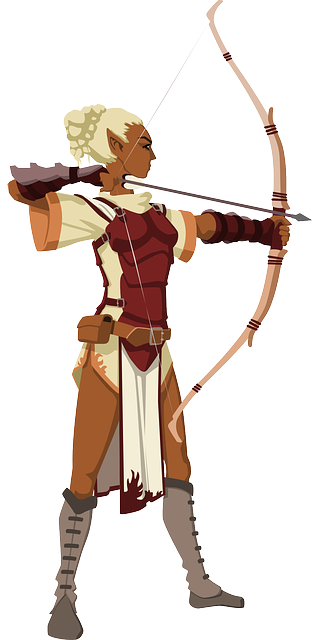 I’ve been thinking a lot about the games of pursuit that men and women play as they meet, date, and connect.

Is a man most interested in a woman when he is the pursuer? Does this hold true for all men in all situations? Is the chase paramount?

Will a woman “ruin it” if she is too proactive in the beginning of a relationship by asking a man out for the first or third date, initiating calls or texts, etc.? Is she somehow “less desirable” because she is demonstrating her desire and availability? Or is she merely reassuring a man who may wonder about her interest?

Let’s ruminate on this while we have some strozzapreti with mushrooms and ricotta.

As usual, there’s a man causing me to obsess over this topic.

It’s Mr. K from last week’s post. To date (no pun intended), we have had two (fairly long) dates, one phone call, and many texts. He has initiated all of these invitations and actions and I am an enthusiastic recipient and participant. He texts me most mornings and sometimes again in the afternoon or evening.

Mr. K took off work for our second (lunch) date. So, I feel that I’m on his mind. And yet, because I obsess, as many women do, I wonder why he hasn’t mentioned getting together again. Is it because he’s currently working on a side job after his regular job? In fact, he worked Saturday. But he said he’s free today and Monday.

I considered being direct about when we might next see each other. Instead I dropped subtle hints during our texting banter. The hints were so subtle or our banter so considered that we were able to glide right over them. In fact, we could beat around the bush indefinitely – completely sustained on innuendo and flirting.

The problem is I’m too impatient. I want to know if he’s one of the ones. I’m not sure yet. How could I be after two dates?

Perhaps it is this uncertainty about Mr. K that keeps me from being more proactive. Or it could be the advice I have gotten or read about over the years that cautions women from being the pursuer too early in a relationship or encounter. Not that I haven’t been proactive or been the pursuer a number of times. But these relationships have been short lived and now I wonder if the “right” guy is the one who is so interested in you that he pursues you.

Can you say obsessive rumination?

So I’d like to crowd source, dear readers, whether I should directly ask him out at this point and whether it is a good idea in general for women to pursue men at the beginning of a possible relationship.

What has been your experience or the experience of your friends? I’d really like to know.

A recent article in a Washington Post blog on the single life explored the issue of whether men with bad online profiles could in fact turn out to be great guys. The writer, Jessica Guzik, was frustrated by the fact that her dates with men who had appealing profiles were not working out. So she decided to try an experiment. She dated men with unappealing or quirky profiles that would normally prompt her to ignore them.

To her surprise, she met some great men – whose bad profiles did not match the real person. One man in an attempt to be different filled his profile with obscure references; another was more interested in meeting women in the wild and filled out a lackluster profile just to put himself out there. Her conclusion: don’t put so much credence in the profiles; instead “put more faith in the men behind them.”

Of course this is easier said than done but Ms. Guzik’s article triggered some thoughts of my own about profiles, timing, and dating rules. Will you join me in some of Mark Bittman’s watermelon gazpacho while I explain?

It seems that for every rule you make, the opposite of the rule can also be true. After some disaster first dates that had been preceded by texts and emails but not a phone call, I made a rule that I had to speak on the phone with a man before meeting him. This rule was golden for a while and it helped me avoid creepy guys who were full of themselves and those who had terribly grating voices.

If I had already agreed to a date but subsequently had a “bad” phone call with a guy, I’d cancel the date after the call. I let the man know I didn’t feel a connection during our conversation. This angered some guys – especially if I texted or emailed them with this news. But I believe it is better to nip an obviously going nowhere relationship in the bud rather than to suffer a fool or miss-match in an awkward meeting at a café or bar.

So I had the “always talk on the phone before a date” rule. But then, I encountered some men who were able to carry on such a fun and witty conversation by email or text, that I forgot the rule and agreed to meet. And more often than not, the date was wonderful. So it seems that meeting someone great is often a result of chance, or fate or kismet.

This doesn’t mean that the first date, even if it’s fantastic, will lead to a relationship. A couple of weeks ago I met Mr. D for coffee. This first date was preceded by only a few emails and texts (funny, witty, and creative ones though). We had incredible chemistry, honesty and intimacy almost from the start. It was as if we had our own version of The 36 Questions. But it turns out Mr. D was separated. It was in his profile but somehow in my pre-date excitement I had missed it.

I discovered this key piece of information right before leaving to meet him. I decided to go anyway since separated can mean separated for 8 years with a scheduled court date or separated 2 weeks ago and still moving out of the marital home (I have dated both of these guys).

It became clear at the end of the date that our timing was off (a perpetual problem in the dating life). This was Mr. D’s 3rd marriage (previously widowed and divorced) and he was struggling with the fact that he didn’t want to leave his 3rd wife’s grown children whom he had grown to dearly love. I know it all sounds messy but he was truly a fine guy.

When I told Mr. D I hadn’t realized he was separated and that I was looking for a relationship, he “fired himself.” But not until he kissed me and let’s just say this was a kiss worthy of a big-screen movie – possibly IMAX or even bigger. I can’t seem to stop thinking about him even though we were together for a grand total of 3 hours. Perhaps Mr. D will end up divorced and we’ll serendipitously meet again when the timing is right.

I have also encountered men with a great profile, who gave great phone (insert smile here), but we had zero or minus zero chemistry in person. As an added insult, these men did not resemble the old pictures they had posted.

Another issue is whether a good and long first phone conversation or date predicts anything. I’ve had very long (2 to 3 hours) late night phone conversations before meeting someone and long (up to 5 hours) first dates and then for one reason or another the fledgling relationship combusts. In one case, the guy was an alcoholic and we ended up in a phone fight after the first date. In the other case, following a 5-hour date, Mr. Q decided he wanted to date another woman at the same time he dated me. Apparently he scheduled me as the fall back and I didn’t hear from him for a week. Then, when his other “relationship” didn’t work out, he texted me to see if I wanted to talk. I was disenchanted at that point and had already moved on.

So many dating and relationship situations call for you to decide whether you’re going to trust your heart or your gut. A thought-provoking article in the Chicago Tribune describes the ongoing battles these two organs can have over your love interests. As the article points out, sometimes you just don’t want to listen to your gut tell you a man is not right for you…and the heart wins. See Mr. D above. Other times, it’s easy – and neither organ wants a particular piece of work otherwise known as an incompatible match.

I’m still looking for a rule-breaking, take my breath away encounter that is a win-win from both the heart and gut and appeases the timing gods. Until then, happy dating or not dating to all of us.