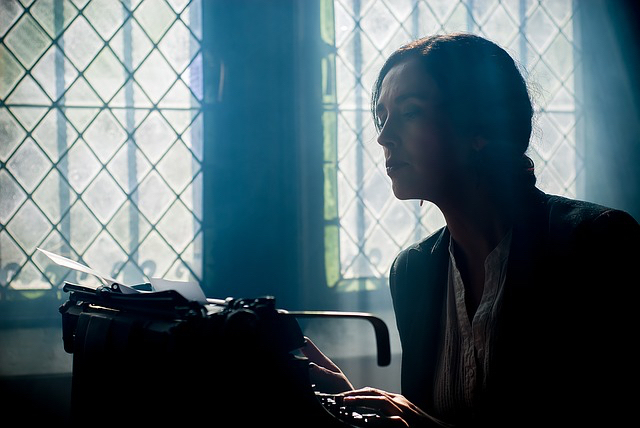 Do you sometimes think that the hours you spend on dating and related activities are a huge waste of time? This question assumes you haven’t met “the one,” which, of course, would justify your efforts. But if you feel more frustrated than fulfilled, it might be helpful to look at the dating process as a way to build key life skills.

Chow down on some fish tacos while I share the top 10 life skills you develop when living a dating lifestyle:

*Writing and editing. If you are serious about online dating and pay attention to the dating gurus, you will get lots of practice writing, editing, and rewriting your profile as you strive to freshen your bio and “about” sections. You’ll practice your “writing tight” skills, always valuable in the working world.

*Researching and sleuthing. Whether you meet someone online or IRL, there is often a need to do a little research to ensure your safety and verify Mr. X’s identity and marital status. Over time, and particularly if you read this blog for tips, you will develop impressive research and sleuthing skills. You will soon be able to quickly determine such things as a guy’s relationship status, last name, and potentially his political party. I urge you not to over research – just find out enough to safely proceed.

*Critical thinking. What do you want in a partner? What personality traits does your ideal partner have? What are your relationship deal breakers and makers? Deep reflection on these questions will improve your critical thinking skills.

*Resilience. Ghosted? Bread crumbed? Broken up? Endless swiping with no dates? All of these experiences build resilience – a valuable life skill.

*Speaking and reading body language. With all of the people interaction you’re getting, you will become more adept at reading a guy’s body language. You can apply this skill to reading your boss, your co-worker, and your cousin.

*Developing your sense of humor. You’ll get lots of practice laughing hysterically at dating profiles and photos…from pictures taken in hospital beds (I kid you not) or depressing looking gym bathrooms to profiles written at the 3rd grade level.

*Fitness. So you want to rock that LBD or LRD? In fact you just want to fit into anything “little.” If so, dating will encourage you to be your fittest self. Exercise is good for you – no matter what your motivation. A fit person can cope better with daily and dating stress.

*Multi-tasking. Swiping while having breakfast? Editing your profile in between taking Spanish quizzes on the Babbel app? Choosing a new photo while searching for a photo for a new blog post? All of these tasks build strength in multi-tasking, one of the most important skills – unless you believe it’s counterproductive to “being in the moment.”

Why can’t people come with subtitles that decipher their body language?

These translations could be on an LED light display fixed to a hat or headband. It would be so nice to have a shortcut to the meaning of subtle and not so subtle cues that people exhibit.

But, there’s still a lot we can figure out on our own without a magic chyron. Help yourself to some Japanese vegetable pancakes while we talk about this issue.

I’ve contemplated the importance of body language many times over the years and it’s a useful tool for the dating life. To help my own natural powers of observation, I took a couple of online courses and did some reading on this topic.

There’s a lot of research on body language and what it means. From my reading and online classes, I’ve learned not only about various forms of eye contact such as “deep gazing” but also about the importance of such body language behaviors as smiling (a no-brainer for me), microexpressions – brief facial expressions that reveal emotions, leaning toward someone you like, and mirroring where you imitate someone as a means of communication and approval.

I have added to this knowledge base with real life experiences of body language fails.

Not Seeing Eye to Eye

One of my more frustrating encounters involved a date with a man who wouldn’t look me in the eye. It was an early fall afternoon — warm enough to sit on an outside lounge sofa (think poolside couch in Miami). Feeling bold, I sat on the couch next to Mr. A and we began to chat. However, instead of turning toward me and holding my gaze, he looked straight ahead while talking. I was having none of that. Eye contact is critical for me. “I need to see your eyes when we talk,” I said and orchestrated our positions so we were opposite each other. I made some clichéd comment about the eyes being the window to your soul but that didn’t help very much.

We continued what turned into an interesting and far ranging conversation. However, although most people hold eye contact between 60 and 70 percent of the time, Mr. A was more in the 10 to 15 percent range. I couldn’t figure out his behavior. He was U.S. born so I didn’t think it was culturally based. He seemed to like me and went in for the goodbye kiss.

After the date, I reviewed our interaction. I did a little Googling and asked some friends and came up with lots of theories explaining Mr. A’s lack of eye contact – everything from being shy, to lying about his marital status to having Asperger’s syndrome. I’ll never know the reason. There was no second date (though he tried at one point to schedule one). But Mr. A’s failed gazing behavior was too big of a deal breaker for me.

Beyond the issue of whether someone is a good kisser, is the message via body language that the kiss sends to you. For example, I went out a couple of times with a man who kissed with his lips only. Okay, you’re thinking well, of course he kissed with his lips. But when a man kisses you and doesn’t put his whole body into it, he’s holding back on emotion for whatever reason. Even when those lips know what to do, if they are isolated from his body, there’s a weird disconnect that says, “I’m not really that into you.”

What you want is a whole body kisser! (Unintentional pun.)

Too Many to Count

And then there was the man who placed his cell phone next to his happy hour glass, crossed his arms, and proceeded to go into overdrive about his incredibly boring job and medical/surgical history. I kid you not. The sad part is he was a good looking, tall, and well-built man. But that couldn’t compensate for his poor body language and pathetic conversation style. My body language said escape with my feet pointing toward the door and escape I did after about 35 minutes.

One side benefit of being aware of someone else’s body language is the increased awareness of the signals you are sending out. Pay attention to your body and what it’s doing. It can sometimes provide clues about what you’re feeling before you’re fully aware of the emotion.

Captivate: The Science of Succeeding with People