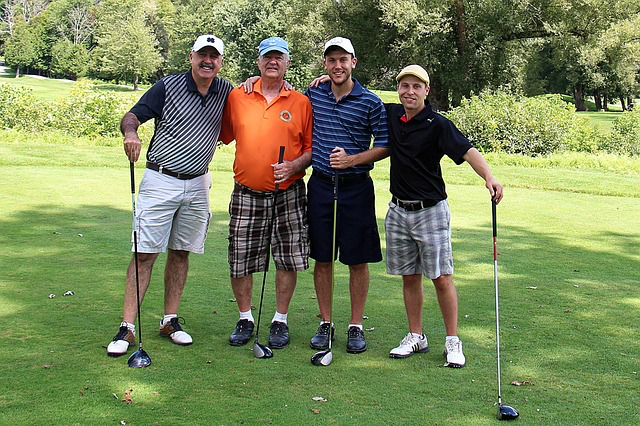 A funny thing happened on the way to meeting Mr. Possible Right.  I unintentionally crushed on someone else in Mr. Possible’s Tinder profile.  How did this happen? Men, pay attention, and learn some best practices for dating photos.

It was a good beginning. Mr. Possible super-liked me and made the first text move. There was nothing extraordinary in his opening but no red flags either. He wanted to know where I lived, a fair question given the number of geographic mismatches one encounters on dating apps.

As I reviewed his profile, I had to quell my overly suspicious mind, a side effect of being online too long and encountering too many guys who misrepresent themselves.  So what if he went to a relatively obscure university in New Zealand. Perhaps he’s from Middle Earth. I decided to continue communication and hope for the best. After all, I liked what he wrote in his profile and judged him attractive, although I wasn’t sure how recent his photos were.

We volleyed briefly about our respective locations and heights. As a tall woman, I always ask a man his height.

In the spirit of starting a new topic of conversation, I asked Mr. Possible to write a caption for any of his photos. He responded by captioning all of them and then (bonus points) asked about mine.

I read the captions and wondered about Mr. Possible’s use of “me” rather than “my” in captions mentioning his grandson.  Perhaps he was from New Zealand, Australia, or the UK. 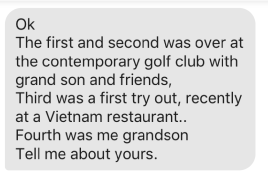 As I went back and forth between the captions and the photos, I suddenly realized that Mr. Possible was not who I thought he was. I really did LOL (a rare use of this hated acronym).

Read my response to find out what happened.

Well, this is pretty funny.  Apparently I’ve been crushing on your grandson. Only one man’s face is visible in the first picture and since your profile has 3 photos of the same man, I assumed this man was you.  You have to appreciate that men put photos from just about every stage of life on Tinder – from babyhood on up – and often do not post current photos. And they often misrepresent their age.  Perhaps you can post another full body shot of you.  As for me, the 2nd photo is from the…(redacted in the interest of anonymity).

As I wrote my reply to Mr. Possible, I considered that he might take offense at my response.  But in typical Nadia fashion, I decided to forge ahead anyway.  I couldn’t help myself and I wrote the truth. I thought he was the younger guy.  There was apparently only one visible image of the real Mr. Possible, a head and shoulder shot of a white-haired guy (not nearly as cute as his grandson).  And the real Mr. Possible looked much older than his stated age of 59. His grandson could easily be 59.

As expected, the next time I opened Tinder I found that Mr. Possible had unmatched me.

Just to calm down any readers who might be leaping to the wrong conclusion. I don’t care to date someone two or three decades younger than me (although men do it all the time).  I would and have gone out with men who are 10-12 years younger, but I’m not looking for someone’s grandson.

I don’t think Mr. Possible was deliberately trying to misrepresent himself. I think he was clueless about dating profile photos.

For all the Mr. Possibles who could use a refresher on dating profile photos, here are some best practices:

*Make sure you are the only person in your main profile photo and clearly caption photos with other people.

*Don’t include photos with members of the opposite sex – unless they are relatives – and then, clearly state their relationship to you.

*It goes without saying, though I’m saying it: No photos of you and your recently caught fish, freshly killed deer, or your gun collection.

*To ensure that your photos work on a dating site, view your profile as it appears online AND on your phone. Not all photo formats and sizes work on apps and mobile sites.  If your photo does not comply with the app’s requirements, your head may be inadvertently cropped out (as it was in Mr. Possible’s primary photo, leaving only his grandson visible).

And, gentlemen, if you’re going to post a photo with a younger, hotter man who happens to be your grandson, at least provide a caption.

Until next time, happy dating or not dating.

Get A Professional Photo