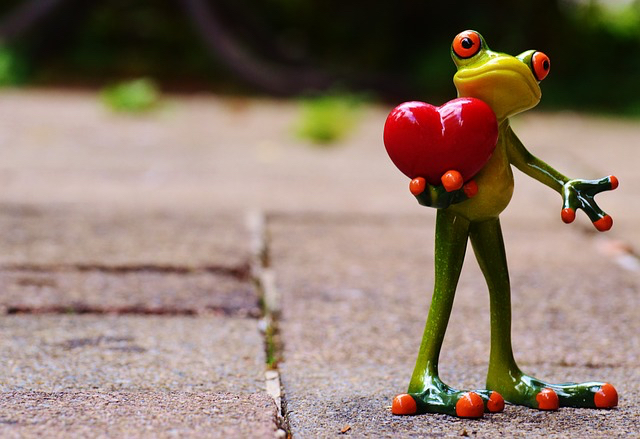 They’re coming out of the woodwork…No, not termites – though some of these men are bugging me.

Curious? Taste this Spanish gazpacho while I satisfy your curiosity.

These are not men I was in a relationship with. These are the guys I emailed or messaged for a period of time but never met or met and very briefly dated.

The latest to reappear, Mr. V from a Tinder match, texted me on my Google Voice number this past Tuesday, 4 months after my last text to him. He continued his usual witty banter of “Happy insert day of the week.” Yes, I’m feeling sarcastic at the moment.

He attached a picture and appeared to have put on weight and a beard. When we matched, he had recently moved to the area and had a new, very busy, job with a crazy schedule. After several texts, I got tired of him not having time to move things forward. I also realized we had very little in common so I was fine when we stopped corresponding.

What’s interesting and kind of creepy is that he sent me the same message on Plenty of Fish (POF) – and we had never been in contact on that site. I wasn’t in a mood to respond to Mr. V and send another “sorry I realized we’re not a match” email so I blocked him on POF and also blocked his phone number.

Had I felt more of a connection with him, I might have renewed the correspondence but I just wasn’t feeling it.

And then there was Mr. R. I had not corresponded with Mr. R but I had a crush on him. I winked at, “favorited” and messaged him on several sites – with no response. Then, unexpectedly, we matched on Tinder. I was surprised and wondered if it was a mistake that he would quickly rectify by unmatching me. He didn’t unmatch me but neither did he make the first move. Feeling fed up, I was tempted to delete him rather than send another possible futile message. My ego is not immune from bruising! A friend advised me to just go forward and send Mr. R a message since there could have been a number of reasons why he had not responded before that had nothing to do with me.

So, I put myself out there once again. Mr. R answered but did not respond in kind to my witty banter. His profile said something about having his shots for rabies and distemper so I made what I thought was a clever comment/question but he ignored that and instead sent a nonsequiter that stopped the flow.

I waited a day and then decided to ignore his reply with a generic “excellent.” He replied with what would be his only question or comment about me: “What do you do for a living?”

Now, my profile says I’m a writer…so he could have commented on that or asked, “what type of writing do you do?”

Also, there’s something about the phrase “do for a living” that bugs me. It’s more crass than asking about someone’s job. I prefer to not ask about a man’s work as my initial query. It puts you on that boring Q and A tract of basic questions. I like to have a little flirty fun at the beginning, before moving on to the following essentials:

*Where do you live? (on Tinder that’s critical)

*Are those YOUR twin 5 year olds?

I answered Mr. R and told him I was retired and now write for myself. I followed up with a specific question about his photography career. His passion for photography consumed the rest of our e-conversation. He never brought it back to me and failed to respond to my last comment. I gave it a couple of days and unmatched him. It felt good and I was totally cured of my crush.

There have been some other “out of the woodwork” examples, including a guy I met for one brief date. I left after one drink. It was clear I wasn’t interested and yet he started viewing me again as if that date never happened. Then there was the guy who messaged me ad nauseum before we finally scheduled an in person meeting, which he then cancelled because of work. Now he’s viewing me again. Sigh.

Online dating is often a feast or famine proposition – whether it’s men from the past coming out of the woodwork, new matches reaching out, or nothing happening at all.

I’m just trying to hang in and keep up hope.