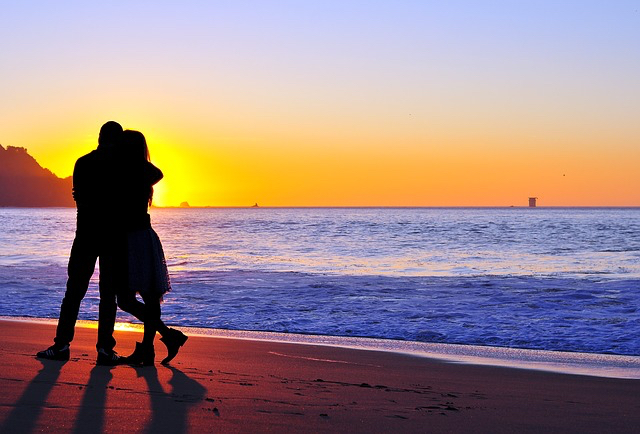 I’m on vacation dear readers and have a treat for you – a guest blog post by *Julie Weinberg.

I met him on a golf course and he was 21 years younger than me, only 14 years older than my oldest child. It raised a few eyebrows. We walked into it with eyes wide open, each knowing the other’s age. At first, I thought it was just a lark, a notch in my belt I could talk about for years to come; but it turned out we really liked each other. We enjoyed each other’s company, had so much fun together and laughed like crazy all the time.

This fling turned into a yearlong relationship, and my friends grilled me with questions. The most common was, “What do you talk about?” As it turns out, lots and lots. Eighty percent of what anyone talks about with a partner — regardless of age — is the day in, day out minutiae of life: What happened at work, a TV show you watched, a funny interaction you saw at Starbucks.

Yes, awkward moments occurred when (gasp!) he hadn’t even heard of The Breakfast Club and didn’t know a single Billy Joel song. I had never used Napster or played a game of Texas Hold’em (which I now love). And then there was the time he laughed until he cried when he saw I bought Age Defying toothpaste. A bit embarrassing, I will admit.

I concede the first time we stepped out together and held hands it felt awkward. I wondered if everyone was staring and judging the inappropriate age difference. However, we didn’t care what people thought. We felt comfortable with each other. I also suffer from a strong defiant streak that’s not tempered by other’s opinions.

Over the course of the year, there were only a couple of times that someone (a waitress or store clerk) hesitated, trying to peg the relationship, “Would you and your, uh, um, friend…blah blah blah.” No one ever called me his mother, which of course, would have been the pinnacle of embarrassment.

“But you can’t learn anything from him!” those who loved me admonished. Not true. I learned about hobbies he enjoyed (e.g. Texas Hold‘em) and places he’d been that are now on my bucket list. The Rap music he listened to was new to me, but maybe a guy my own age would be into Country or Jazz and I’d be newly exposed to that. There was plenty to learn.

Plus, he had a youthful attitude and outlook that was so contagious. Let’s face it, life is hard and makes one jaded, but it takes years and years for that to happen. Dating someone much younger reminded me how great things were when I was less cynical and more open to new things.

Ok, but since we’re being honest with one another here, I’ll fess up that some things he wanted to do bored me or required more energy or interest than I had — but doesn’t that happen with anyone? His problems and worries sometimes made me want to roll my eyes because I’d gotten through similar situations many times over the years and knew now that it wasn’t worth the angst.

And yes, how I looked now became a “thing.” I never before cared much about a new wrinkle or sagging skin; now I lamented how quickly I seemed to age compared to him. This worry just made me work out more and dress more carefully, which were both overall good consequences to my general well being.

The hardest part for me, as the older one, was that he wasn’t a real partner. He could and did come to me for advice on everything, yet when I started looking into retirement investing, his wide-eyed stare let me know that he knew nothing about this, didn’t wish to learn about it at this stage in his life, and “Please could I change the subject?”

Financially, he had great earning potential but that was down the road, while I was already comfortable. Kids were the biggest stickler, as I already had two almost in middle school. He loved them but wanted some of his own and that wasn’t going to happen with me.

So the “fling” ended. I celebrated one of those Big Momentous Birthdays and he had one coming up the following year. We agreed he needed to find someone more appropriate and start that family he wanted. It ended quite amicably and we are still in touch.

Overall, I would say dating a younger guy is really not much different from any romantic involvement. All relationships have good and bad parts, ups and downs. The bottom line is if you like the person, there’s mutual attraction, and you seem to enjoy each other’s company, why not?

*To learn more about Julie, visit her website julieweinbergbooks.com or purchase her book, I Wish There Were Baby Factories.