Despite the recent wet and snowy weather, I’m in another dating dry spell. Oh, yes, there was my date in late January with the younger man who kissed like a steamroller (and that’s putting it nicely). Since that epic fail, my dating life has consisted of:

*Endless and slow-paced Tinder messaging (Hi, Hi, How are you? Good, How are you? I’m good, what are you doing? ad nauseum) that doesn’t result in an actual meeting

*Deleting emails from strange guys, and

*Falling on the floor in uncontrollable laughter at some of the profiles in my match list.

So, join me in a super sweet potato chickpea Buddha bowl while I share some of the epic fails, firsts, and freaks from my dating files.

Profile of a man who believes that size does not affect spirituality:

Profile of a man on Tinder who believes a curriculum vitae is better than any pick-up line. Certainly a man who has strategic planning ability is a major turn-on for me.

Profile of a man who is unsure of his availability…perhaps…maybe:

Profile of a man who knows just what to write to appeal to a woman:

I am separated and live alone with my cat.

Profile of a man who is so popular that he has to weed out some of his thousands of prospects:

I apologize but: Due to the volume of messages. If you are bigger than a size 18, not only will I not read your messages but I will delete them and block you as soon as possible.

Message from a man who apparently wrote to me and I failed to respond (perhaps due to his extreme geographic incompatibility): Profile of a man of uncommon height:

Message from a meteorologically sensitive guy: Profile of a man seeking his clone:

Message from a confused, scary man who thinks my name is Phoebe and who is likely as nutty as the weirdos he disparages: Profile of a man who travels almost 2/3 of the year…but hey, when you see him, you see ALL of him… Profile of a “man” who stole a woman’s profile (read to the end)…and not a great profile: 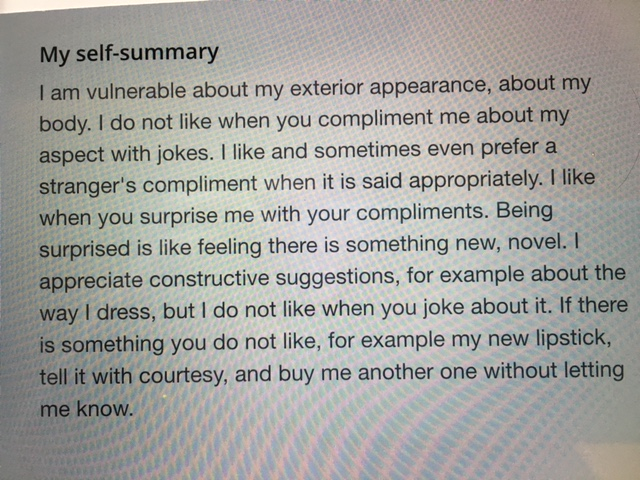 Message from a man who can discern texture through photography: 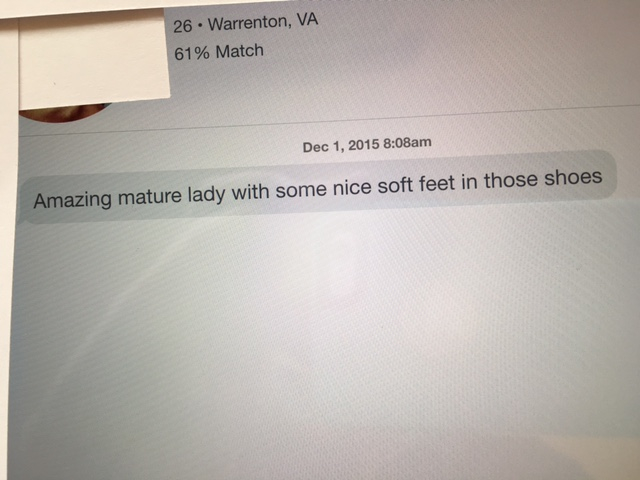 Message from a 20-year-old who might be 40+ years too young: 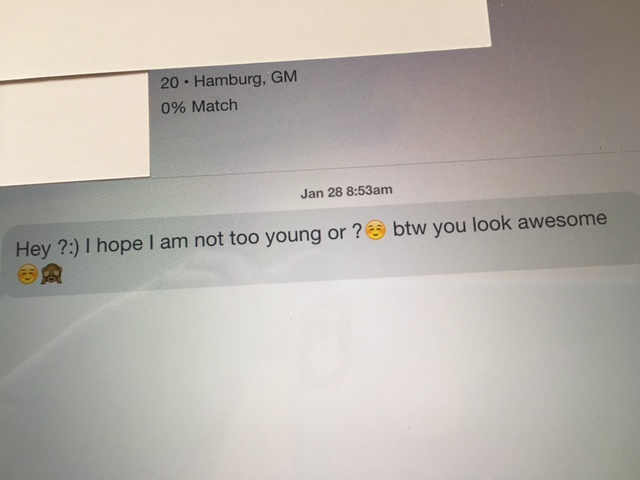 Send me your dating fails! And don’t forget to subscribe to this blog. Until next week, happy dating or not dating.